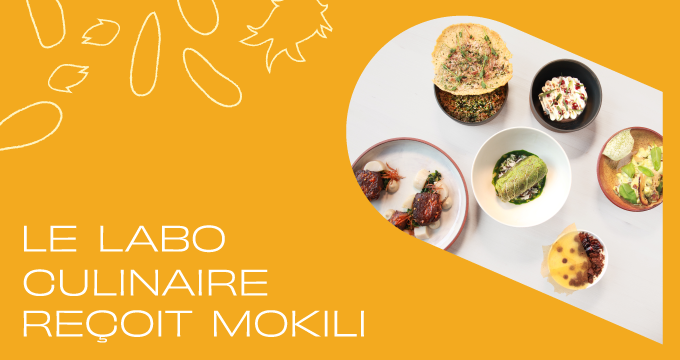 
This year again the Labo culinaire is joining Montreal en Lumière’s festivities! On march 27th our team will be offering an innovative menu developed in collaboration our friends from Mokili. Indulge in our menu for two inspired by both Congolese and local flavors. A rich and surprising gastronomic experience. As per usual, we will also be offering a selection of organic wines, both in pairing and à la carte, beers and cidres, as well as a mocktail that you can spice up at home!

For this edition, we are pleased to welcome a guest chef Epepe Tukala Vuvu - Mokili. 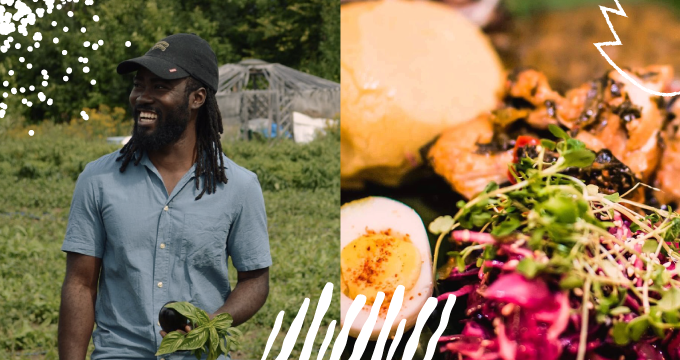 Born in the Congo, Mokili's chef Epepe Tukala Vuvu moved to Montreal at the age of 19. After 11 years of experience in the kitchen, he trained in gastronomy at the ITHQ and went on to win the 2019 AQFORTH Grand Prize for Emerging Restaurant Professionals. Over the past few years Epepe has worked in renowned kitchens, such as the 3-star Michelin restaurant Le Clos Des Sens (France), as well as the Toqué!, Café Cherrier and Nora Gray. Passionate about African culinary traditions, he co-founded Mokili alongside Baka Serkoukou in 2019. Their goal: to open a restaurant in Montreal featuring Chef Epepe’s cuisine, as well as the food and culture of the Democratic Republic of Congo, by creating a place for meeting and gathering. This initiative ultimately aims to help raise the necessary funds to build an urban permaculture garden in Kinshasa where Congolese children living on the streets can gain access to training to enable them to become agents of change on a human scale.