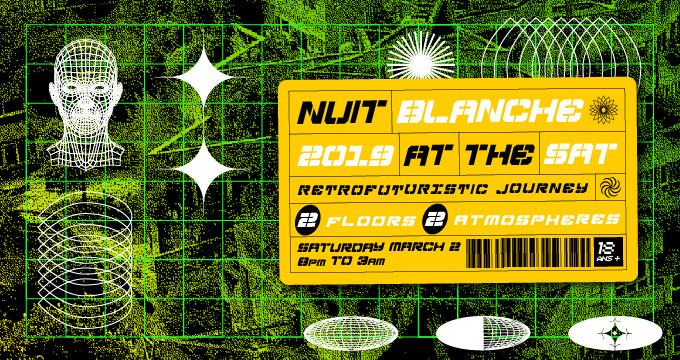 Once again this year, the SAT will be part of MONTRÉAL EN LUMIÈRE’s Nuit blanche, taking place during the night of March 2 to 3, 2019, with a double event on two floors, from 8 p.m. to 3 a.m.!

we'll open our doors to futuristic utopias of different styles and ages for the occasion... In the Espace SAT on the ground floor, visitors will be able to venture for free through a circuit of 6 stations presenting different facets of retrofuturism. On the third floor in the Satosphère, an immersive dive into dizzying plant architecture inspired by the solarpunk movement awaits, presented by DJs and VJs in a 360° universe, for $10!

Lastly, to add a culinary aspect to the journey, TRIBUTE’S various satellite mixology bars will serve sweet and spicy spirits and cocktails crafted by Quebec microdistilleries !

PROGRAM IN DETAIL (PER FLOOR)

The Futurama Zappin’ Party is a fun reflection on the diverse representations of future cities depicted over the years in science fiction cinema. From Metropolis (1927) to Ready Player One (2018), excerpts from around 60 films were selected to put together this twenty-minute montage.

Robots Robots is a retrofuturistic look at the relationship between humans and machines through an audiovisual performance.

Mister Dress-Up will be present with his printer/shirt press. He will be printing in real time, upon visitor request, images with retrofuturistic aesthetics created simultaneously by comic book artists.

For a long time, comic book writers have been making us dream by imagining the future and rewriting it in their work. Science Fiction and prediction comics have opened our imagination and inspired generations of artists. During the event, comic book artists will draw their vision of the future...

By Julien Lanthier and Mourad Bncr

Four “atomic” chairs placed in front of cathodic televisions looping futuristic images of the past. 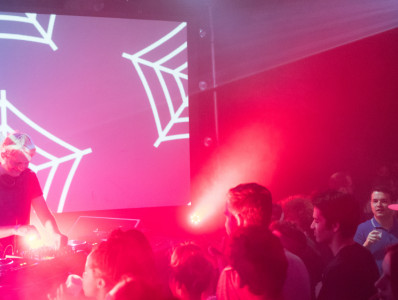 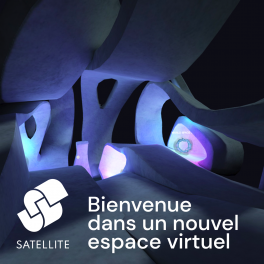