Patterns is a horror and poetic immersive film that tells the story of a repressed past, emerging…
Walter (the main character) goes to an hypnosis session to investigate why he feels disconnected from his body. His spirit then dives into a mental journey to destroy the dark signs of his own past. What Walter finally discovers is a family secret under the form of a monster storming in the pipes of his ancestral home.

Directed by Pierre Friquet and loosely based on H.P. Lovecraft’s universe, the artwork will also be adapted as a virtual reality experience for the HTC Vive headset. It puts together 3D, videogrammetry and 360° video techniques.

*A Q&A with the artist is planned following each screening.
*This project was supported through the SAT’s artwork creation program Pierre Friquet is a multidisciplinary artist who develops stories around transcendance and revisits foundation myths. A graduate of the prestigious Film and Television Institute of India (FTII), Pierre has directed more than 20 short films that were selected and screened in several festivals in Europe, Asia, North American and Africa.

Recently, he has directed 5 VR experiences including JET LAG and VIBRATION which were presented at the 2015 edition of the Kaleidoscope Film Festival. An electronic music composer and live performing artist for over than 10 years under the moniker ‘Famelik’, Mourad Bennacer has graduated from the UdeM in digital music, which has given him the opportunity to hone his skills in sound synthesis, sampling, interaction and immersion. Composer and Sound Designer for the short film Robots of Brixton, he then joins the French collective Nature Graphique and contributes to several installations by focusing on video mapping, sound immersion and interactive technologies.

Recently, he has created the sound environment and interactive audio process for the Ganymede project which premiered at IX Symposium 2015. 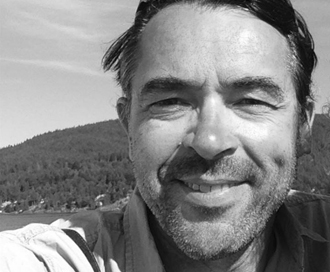 Jean-Yves Münch is a sound professional working as much with classical ensembles than with contemporary music groups or AV artists. To meet the international demand, he travels the world to make sound recordings for feature films or documentaries.

Since 2005, Jean-Yves Münch has been the lead recording engineer at the Grand Rapids Symphonic Orchestra. Ando Shah is fascinated by the concept of environmental perception; how humans perceived the world around them. He creates experiences that merge together different versions of reality, going so far as to affect his own perception.

Ando has lived and worked throughout the world, working in the field of new technologies, art conservation, photography, cinema and virtual reality. Recently, he’s been the technical director for JET LAG and Co-Director for VIBRATIONS. 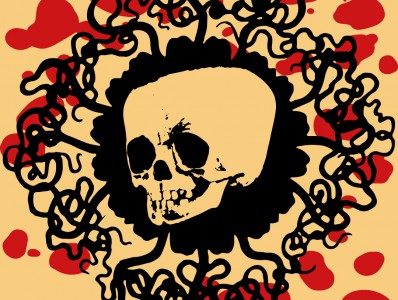