The sixth edition of SAT Fest 2019 will take place from January 8 to February 8, 2019, in the Satosphère with a selection of 6 short films by artists from Japan, Brazil, Bulgaria, Australia, the United Kingdom, and Canada. Included in the program: a voyage through the layers of consciousness, a sensitive and choreographed escape in breathtaking landscapes of India and Wales, an ode to the beginning of 3D computer graphics, and wild dives into biology and mathematics! 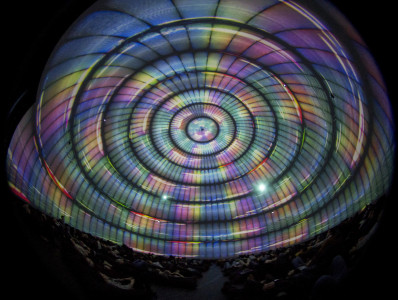