A new vision for the Gaîté Lyrique 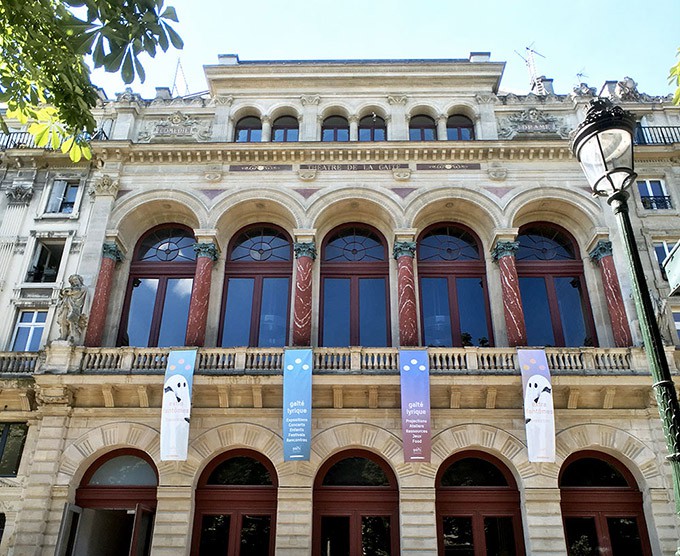 A NEW VISION FOR THE GAÎTÉ LYRIQUE

Their project offers a new vision for this space :

Renovated by the City of Paris after being closed for more than 20 years, the iconic Gaîté Lyrique theater – founded in 1862 – reopened in 2011. After a first stage under the direction of Jérôme Delormas, the Gaîté Lyrique will now continue its exploration of all forms of digital creative expression and dialogue between the arts, sciences, and new technologies.

With a pioneering approach, this team – starting in January 2017 – will set out a new concept based on programming at the crossroads of artistic creation and technical and social innovation. A bold, curious spirit will pervade every floor and be active on all fronts.

A fresh, new roster of live performances and new music will be featured, in a dialogue with visual arts, design, image in movement, and the most rigorous forms of digital creation.

The Gaîté Lyrique pursues its construction as a socially-conscious, joyous, forward-looking creative space. The Living Lab will be an open platform for research, experimentation, and innovation. The Gaîté Nomade will be a traveling version of the theater, bringing its vision to a wider audience out in the field.

This project will be built along with the current Gaîté Lyrique team, making full use of all the richness and quality of the partnerships and audiences they’ve connected with. The Gaîté Lyrique will create even more joint cultural happenings with its neighbors, citizens of Paris and its greater region, with communities of artists, researchers, and students, and with digital and creative enterprises.

Every link in the chain will be connected: training, research/creation, production, and distribution/broadcasting. The Gaîté Lyrique will energetically contribute to promoting Paris and its creative and innovative potential, both in France and on the international level. The international activities of the Gaîté Lyrique will be built around a special Paris-Montréal network, with particular emphasis on the Francophone connection.

The SEGL has signed a Delegated Public Service Contract with the City of Paris, which will be in effect from August 1, 2016 through July 31, 2022.

It was created by three companies :

MuZ connexions which brings together :

Cayley, a subsidiary of the ARTER cultural production agency, led by JeanDominique Secondi and Renaud Sabar.

The directors of SEGL are :

Alongside them, an editorial board includes :

*SEGL is supported by its financial partners, BNP, Bpifrance, and Microsoft, along with Cisco, which is proud to support the Gaîté Lyrique with its video and network solutions.