An exhibition at the crossroads of music, art, pop, media and technology in relation to the multifaceted techno scene

An exhibition at the crossroads of music, art, pop, media and technology in relation to the multifaceted techno scene, subject matters and political projects stemming from the subcultures of the 1980s to today and traces the processes of cultural and economic appropriation. 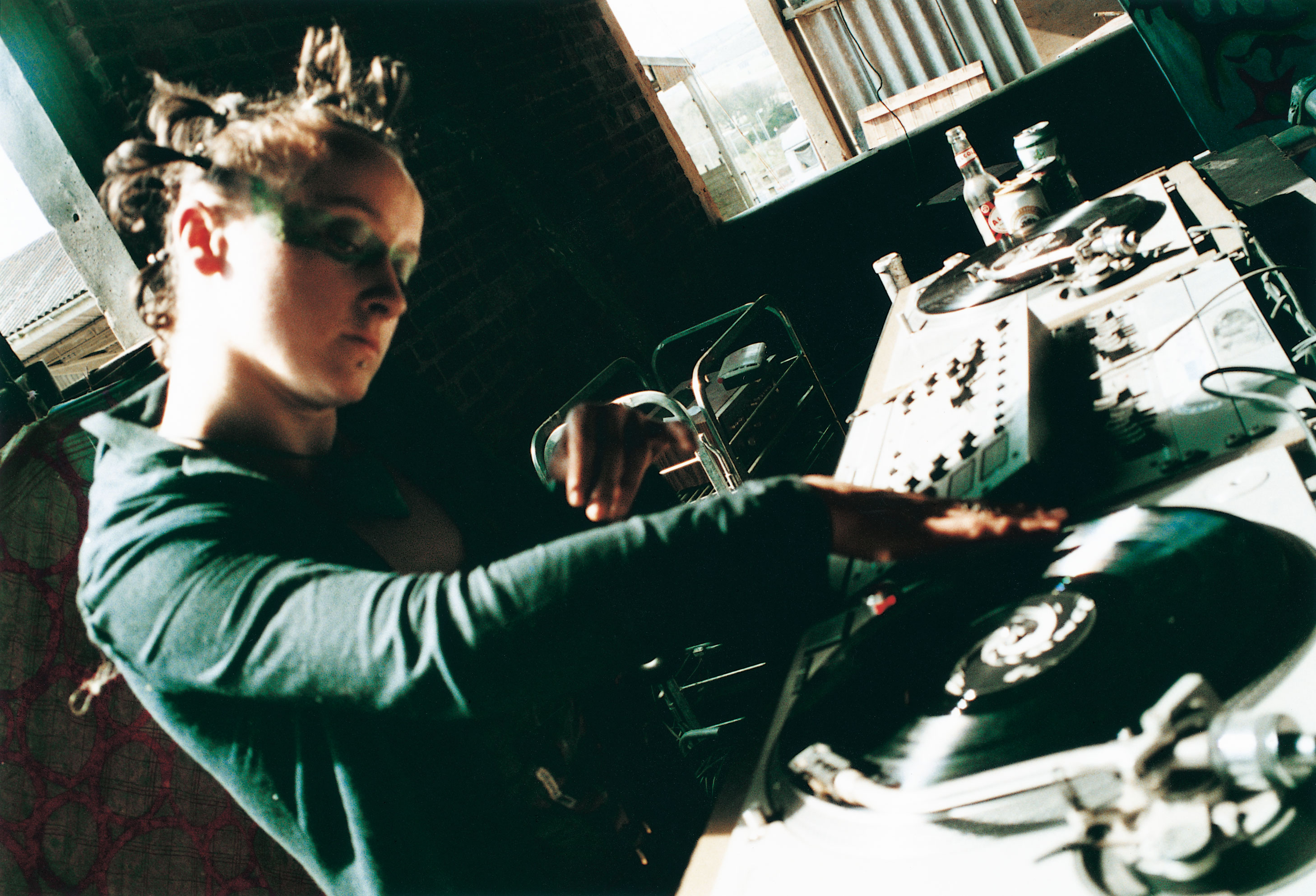 Since their early days, raves have acted as a liberating entity for marginalized communities. Playing on the interstices between documentation and interpretation, TECHNO WORLDS offers an alternative perspective on the hidden face of these gatherings.

Through a series of photographic, video and luminous installations, the exhibition reveals a subversive militancy where liberation, self-discovery and the reclamation of physical, cultural and political spaces intersect.

CARSTEN NICOLAI is a German artist living in Berlin, using the pseudonym Alva Noto for his musical output. Born in Karl-Marx-Stadt (now Chemnitz) in 1965, he is part of a generation of artists working intensively in the transient area between music, art, and science. With a strong dedication to reductionism, he creates sound experiments with his own codes of signs, acoustics and visual symbols. His various musical projects include notable collaborations with Ryuichi Sakamoto, Ryoji Ikeda (cyclo), Blixa Bargeld and Mika Vainio.

Nicolai’s musical oeuvre is reflected in his work as a visual artist. Inspired by scientific reference systems, he deals with mathematical patterns such as grids and codes, error and random structures, and the phenomenon of self-organization. In doing so, he constantly hurdles the boundaries across different artistic genres. Since his participation in documenta X (1997) and the 49th and 50th Biennale di Venezia (2001 and 2003), his works have been presented in exhibitions at renowned museums and galleries around the world.

VINCA PETERSEN – TIMELINE OF A RAVER

VINCA PETERSEN lives in Ramsgate. At the age of 17, she moved from her childhood home in Kent to London, ostensibly to go to art school but actually living in squats, working as a model on the edgier fringes of the music and fashion scene, and getting swept up into the rave/free party scene that was blossoming across the UK in the late 1980s/early 1990s.

As this scene became contained and commercialized, its more extreme elements were pushed back into the margins and Petersen left the UK to join her friends on the road across Europe, living in buses and vans and putting on free parties across the continent. Her work often explores the theme of collective joy, something she feels has too few outlets in contemporary life. When there are so few communal public spaces, gathering together to reclaim these spaces can itself be a courageous, radical act of defiance. Her alter-egos Art Nurse+ and Dr Joy bring joy and playfulness into staid and over-serious art events. She often creates spaces in which people can relax together, or ‘social sculptures’ in which people can enjoy interacting with each other. Her work has been shown at Tate Modern, Saatchi Gallery and the Turner Contemporary, and she is in the permanent collection at the V&A Museum and the Monsoon Collection.

DANIEL PFLUMM, born in Geneva, lives and works in Berlin. He studied at the Fine Arts Columbia University, New York City and at the Hochschule der Künste, Berlin. Daniel Pflumm became known through his light-boxes which dissected the logos of brand names, and through his video loops which reduced the dramaturgy of TV commercials to their essentials. He founded a company which was listed under various names but did not produce anything but self-representations by logos and symbols. Pflumm strips media art of its last residues of fragmentary statements and transforms it into something that can be placed within the art as well as the club context.

DANIEL PFLUMM is an artist and filmmaker based in London. All of her creative projects, ranging from short films, music videos, adverts and art exhibitions are strung together by a fascination with archives and sound and her underlying aspiration to transform politics and philosophy into cinematographic spectacle. Rovner has collaborated with some of the most internationally respected artists and brands including Pierre Huyghe, Liam Gillick, Sebastien Tellier, Maison Martin Margiela and Acne. Her films have been presented internationally in art venues and theaters.

Currently, she is in development on an episodic comedy about the art world and on a television series about revolutionary architecture. SISTERS WITH TRANSISTORS is her first feature documentary.

SARAH SCHÖNFELD – ALL YOU CAN FEEL

SARAH ANCELLE SCHÖNFELD lives and works in Berlin. Based on the assumption that our western liberal understanding of the world is not sufficient to cope with the ever increasing global accumulation of problems, Sarah Ancelle Schönfeld continuously designs various mysterious laboratories and treatments, in which solutions, healing and meaning are attempted to be generated anew with the most diverse radically interdisciplinary methods. Sarah Ancelle Schönfeld is jestingly looking for relevant updates of so-called folk wisdoms. Her labs materialize through installations, performances, sculptures, instruments, photographs and collages. She includes approaches from various fields in her practice like science, religion, mythology, magic and technology. She investigates different kinds of knowledge- and truth-production which constitute, control and reproduce the human self and the agreement called ‘reality’ in our world. Her works have been shown at numerous solo and group exhibitions including Berghain/Boros Collection, Strasbourg Biennale, Staatliche Kunsthalle Baden-Baden, MAK Wien/ Vienna Biennale, among others.

TOBIAS ZIELONYborn in Wuppertal lives and works in Berlin. He studied Documentary Photography at the University of Wales, Newport and artistic photography at the Academy of Fine Arts Leipzig. Tobias Zielony is known for his photographic depiction of youth culture. For his first book project “Behind the Block” (2004) he extended his research to a total of four European cities to observe adolescents in public spaces often during night times. Themes and social realities his research touches upon include structural change, migration and drug abuse, as well as sexwork. His critical approach to documentary manifests in a specific aesthetic and relationship with fiction. People are often portrayed in a casual fashion that is sensitive to the visual language, gestures and poses a person uses to set their stage. His work “The Citizen” was shown at the 56th Venice Biennale. He had group shows for example at Bozar Center for Fine Arts, Brussels (2015) and the 1st Riga Biennial (2018) and solo shows at the Philadelphia Museum of Art (2011) and Folkwang Museum Essen (2021).

TECHNO WORLDS is a Goethe-Institut traveling exhibition presented in collaboration with the Society for Arts & Technology and the Centre PHI. 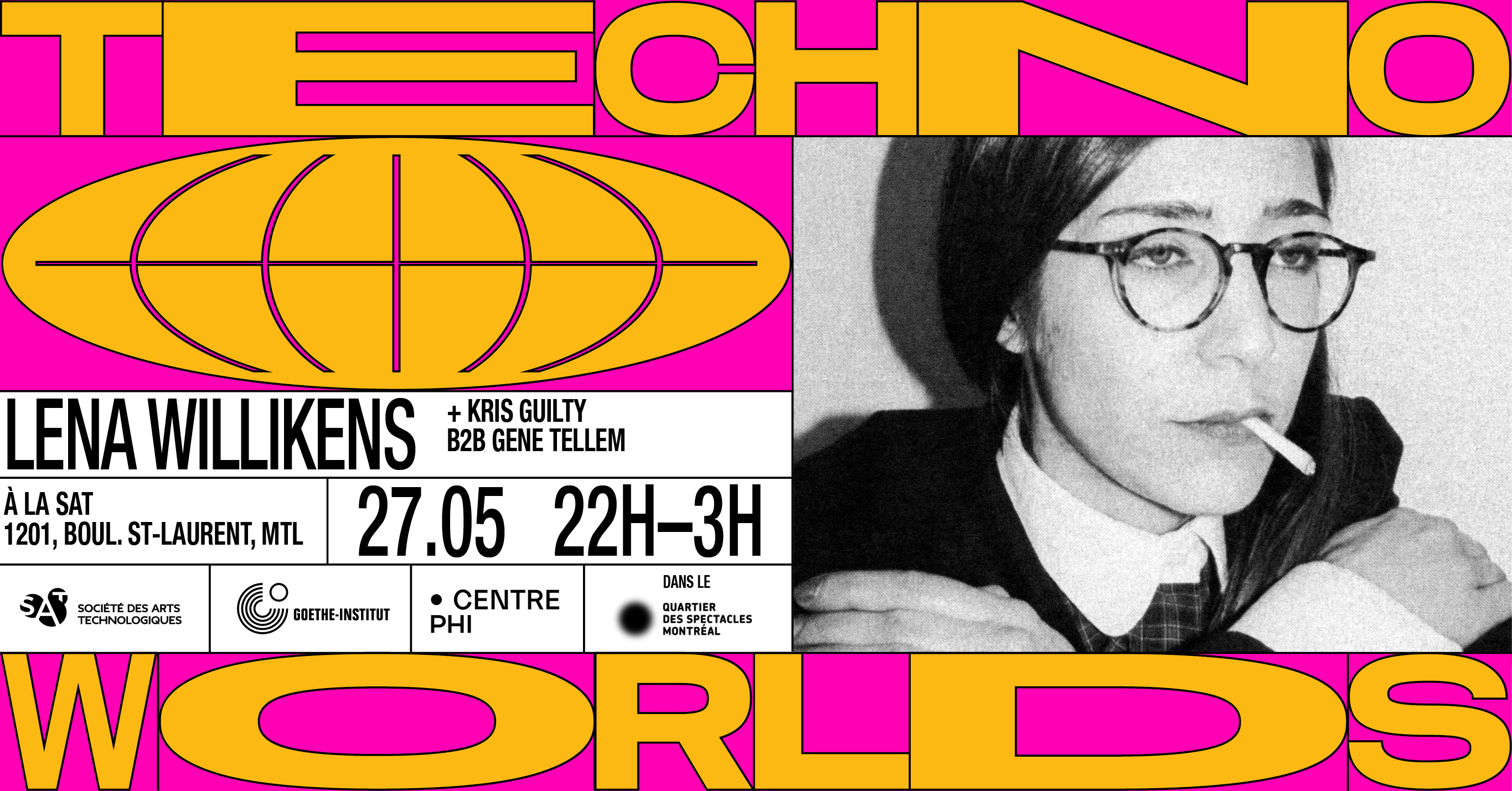